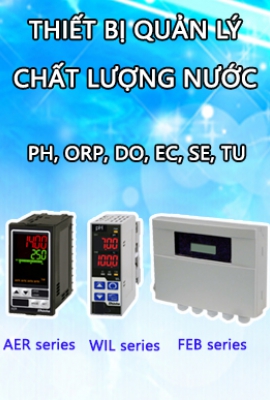 Reset in PD action
This is the function of correction by eliminating the offset which is created in P (Proportional) action or PD (Proportional and Derivative) action.

Input sampling period
This is the processing time it takes to convert input analog signal to digital signal, and is peculiar to the digital controllers.

Sensor burnout alarm
this warns of thermcouple or RTD burnout.
If the sensor is burnt out, a safety function for turning all control outputs off is provided.

Setting value memory function
The setting value and other setting parameters can be saved and called up as one file.

Selt-diagnosis function
The CPU is monitored by a watchdog timer, and when any abnormal status is found on the CPU, the controller is switched to warm-up status with all outputs turning off.

Simplified program controller
By setting a simple program with temperature and time, the same control action like a programmable controller can be performed.

Serial communication
In this communication system, data is transmitted one bit by one bit.
(typical rating : RS-232C, RS-422A, RS-485)

PV filter function
This is the function of cutting high frequency element of PV input signal.
If the filter is applied, the instrument becomes strong against input noise, however, control response speed becomes slow.

Warm-up indication function
When power to the controller is turned on, the selected sensor type is indicated for the multi-range input type.

ARW function (Anti-reset windup)
When PID control action is rising, overshoot may occur due to excessive integral (I) action. ARW is the function for reducing the overshoot on start-up.

Autumatic cold junction temperature compensation
This detects the temperature at the connecting terminal between thermocouple and the instrumen, and always keeps it on the same status as when the reference junction is located at 0℃ (32℉).